The only true God, the almighty Creator of all things, existing eternally in three persons–Father, Son, and Holy Spirit–full of love and glory.

The unique divine inspiration, entire trustworthiness and authority of the Bible.

The value and dignity of all people: created in God’s image to live in love and holiness, but alienated from God and each other because of our sin and guilt, and justly subject to God’s wrath.

Jesus Christ, fully human and fully divine, who lived as a perfect example, who assumed the judgment due sinners by dying in our place, and who was bodily raised from the dead and ascended as Savior and Lord.

Justification by God’s grace to all who repent and put their faith in Jesus Christ alone for salvation.

The indwelling presence and transforming power of the Holy Spirit, who gives to all believers a new life and a new calling to obedient service.

The unity of all believers in Jesus Christ, manifest in worshiping and witnessing churches making disciples throughout the world.

The victorious reign and future personal return of Jesus Christ, who will judge all people with justice and mercy, giving over the unrepentant to eternal condemnation but receiving the redeemed into eternal life.

To God be glory forever.

We believe in the fundamentals of Christianity including

The unity of the Father, the Son and the Holy Spirit in the Godhead.

The sovereignty of God in creation, revelation, redemption and final judgement.

The divine inspiration and infallibility of Holy Scripture as originally given, and its supreme authority in all matters of faith and conduct.

The universal sinfulness and guilt of human nature since the fall, rendering everyone subject to God’s wrath and condemnation.

The full deity of the Lord Jesus Christ, the incarnate Son of God; his virgin birth and his real and sinless humanity; his death on the cross, his bodily resurrection and his present reign in heaven and earth.

Redemption from the guilt, penalty and power of sin only through the sacrificial death once and for all time of our representative and substitute, Jesus Christ, the only mediator between God and humanity.

Justification as God’s act of undeserved mercy, in which sinners are pardoned all their sins and accepted as righteous in God’s sight, only because of the righteousness of Christ imputed to them, this justification being received by faith alone.

The need for the Holy Spirit to make the work of Christ effective to individual sinners, granting them repentance toward God and faith in Jesus Christ.

The indwelling of the Holy Spirit in all those thus regenerated, producing in them an increasing likeness to Christ in character and behaviour, and empowering them for their witness in the world.

The one holy universal church which is the Body of Christ, and to which all true believers belong.

The future personal return of the Lord Jesus Christ, who will judge everyone, executing God’s just condemnation on the impenitent and receiving the redeemed to eternal glory. 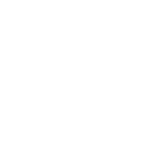